Our holiday in New York City was terrific…so many fun things to do and see. Right when we got there on Wednesday afternoon, I went to the Original Art exhibit at the Society of Illustrators. The best in children’s book illustration is showcased every November at the SI. This is the 31st year of the show. It was such a treat to study the illustrations rendered in their original media (as opposed to the printed version in a book). I got to spend a couple of hours looking at the pictures and then reading the books they were selected from.

This year, illustrations from 150 books were chosen. Below are some of my favorites. 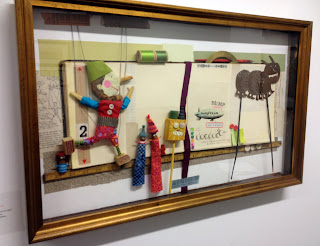 Melissa Sweet, Balloons over Broadway: The True Story of the Puppeteer of Macy’s Parade 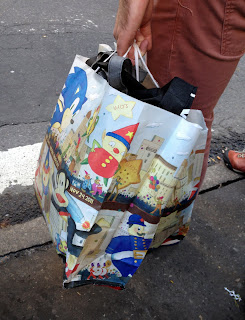 I kept bumping into shopping bags decorated with Melissa’s fabulous illustrations from her book. 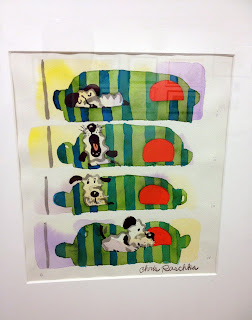 Chris Raschaka, A Ball for Daisy 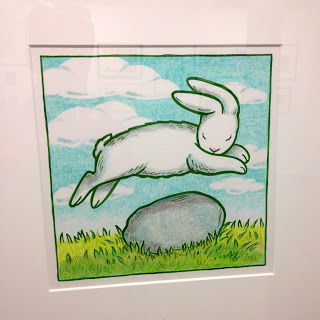 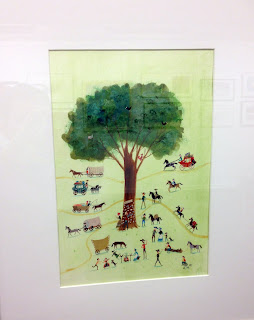 Rebecca Gibbon, Celebritrees, Historic and Famous Trees of the World 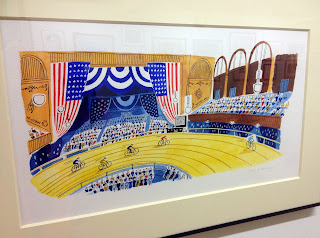 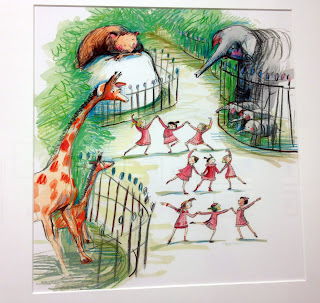 We took the girls to the Bemelmans Bar in the Carlyle hotel to have a drink, but more importantly to see the beautifully painted walls. The whimsical murals show scenes of Central Park. Ludwig Bemelmans, creator of Madeline, was commissioned to paint the murals in 1955. In exchange for the work, he earned a year and a half stay at the hotel for himself and his family. The bar was dark but I took a few photos anyway. 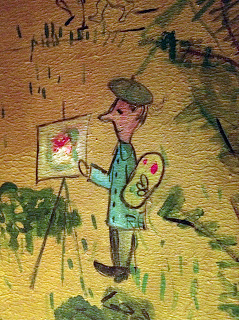 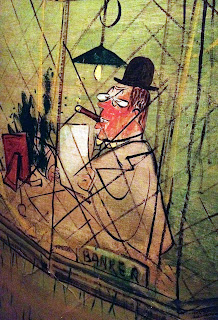 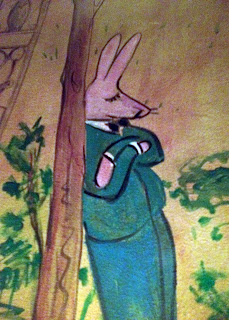 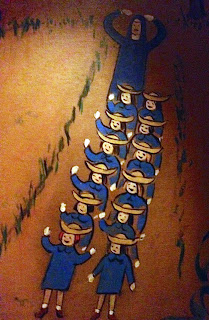 The Big Balloon Blow Up takes place in and around the Natural History museum. It was jam packed. Once my family saw a couple of the balloons, they ditched me. I got stuck in a crowd that moved one block in just under an hour. It was fun to see the balloons up close, but I’m not sure I would go again. 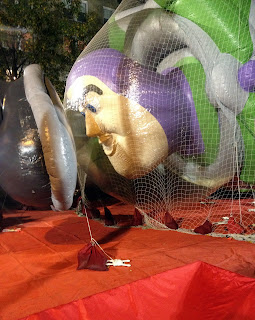 Most of the balloons were held down with lots and lots of weighted bags. 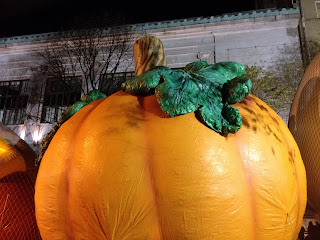 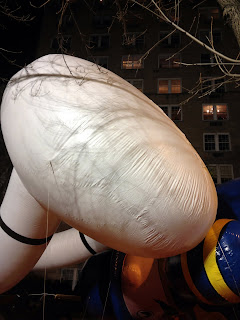 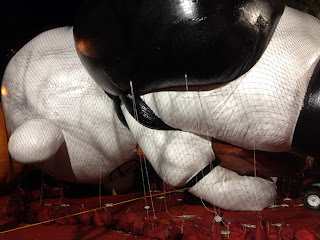 …of the Wimpy Kid. 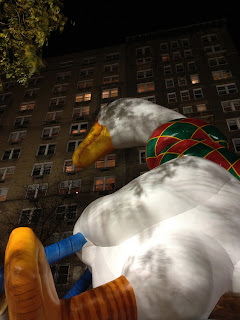 The Aflac duck wasn’t tied down, not sure how that worked.

On Thanksgiving day, we walked from midtown to Greenwich Village (the weather was beautiful) and had dinner at Market Table. It’s a small, cozy restaurant. We got a good view into the bustling kitchen. The turkey dinner was delicious. The dessert was even better: pear and cranberry bread pudding with mascarpone gelato. 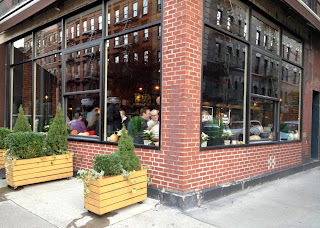 I was dragged into FAO Schwartz kicking and screaming. But I have to admit there were some unique toys. 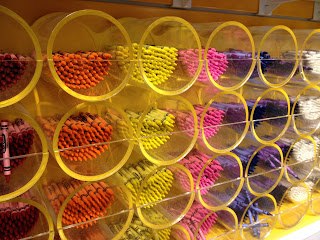 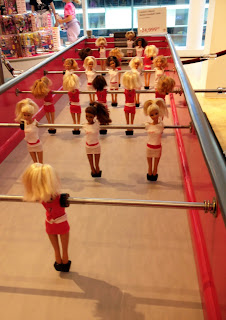 …and the Barbie Foosball. 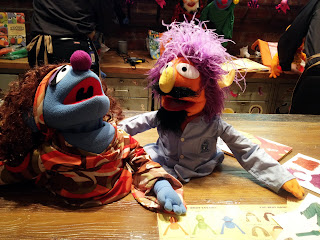 The Build-Your-Own Muppet workshop was the most exciting. 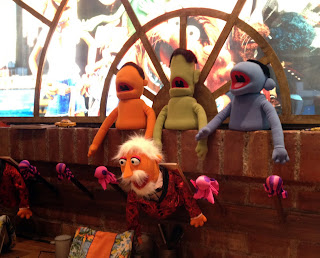 You can pick from three different puppet bodies and then choose from a menu of different eyes, noses, hair, and outfits. So cool. 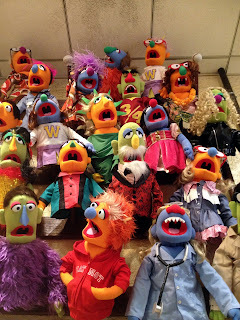 For lunch on Saturday we went to the Momufuko Noodle Bar on the Lower East side. We didn’t have noodle bowls. We had their famous fried chicken meal that included two whole fried chickens—one southern style and one Korean style. It came with mu shu pancakes, long spicy peppers, baby carrots, red ball radishes, shiso leaves, bibb lettuce, and four different sauces. Soooooo good. You need to make a reservation ahead of time. 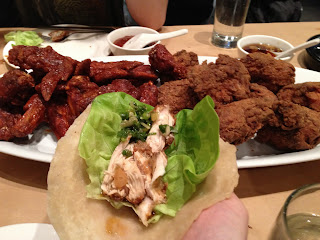 The only downside of the trip was that the doggies didn’t come. Thank goodness they could keep each other company. 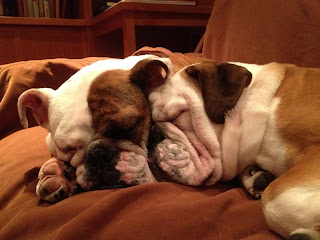