I’m still working away on the cover for EllRay Fights Back (2011), the first book in the new series written by Sally Warner and published by Viking. As I said in an earlier post (2/16), making the first jacket in a series can be a challenge and this one had been no exception. I’m down to the inking part. At this point, I have done several inkings, but I think, we’ve finally got a winner.

In the one below, the feedback was that the boys looked too feminine…too much wild hair. I guess Jared’s hair (boy on left) could be interpreted as wavy. 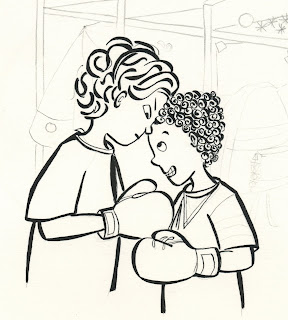 In the next one, the feedback from Viking was that EllRay (on right) looked “too old” his face was “too long” and his hair was a “triangle”. 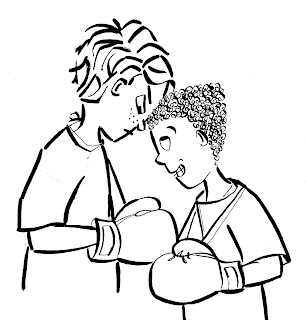 This one made the cut. 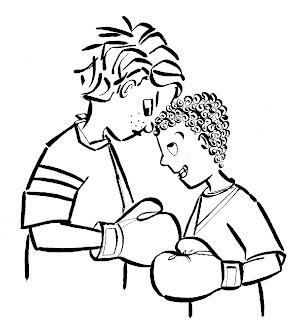 It’s amazing to me, still now after years of sketching, how I can copy a single sketch over and over and every single time it looks slightly different. Once more, the smallest change in a line can completely change a character’s expression or the overall feeling of an image.